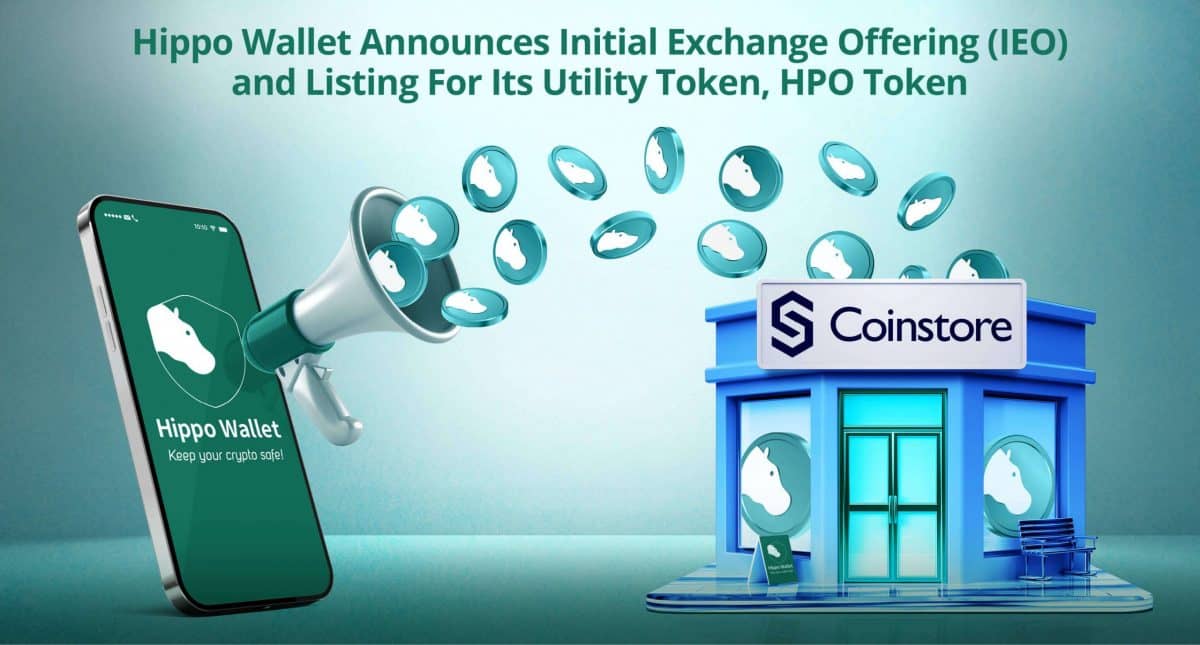 Now that the ICO is nearing its end and many investors and exchanges have seen its potential, Coinstore took to Twitter to say that HPO IEO and Listing will take place on December 27th - 29th.

Since its inception, Hippo Wallet worked tirelessly to develop the app and built it with robust security and distinct functions for the sake of the users. Hippo Wallet is pioneering the crypto space with its utility token and multi-functional app.

Recently, along with the HPO Token, the team behind Hippo Wallet released a new version of the app, that contains unique, exciting features like (but are not limited to):

Furthermore, the quality of HPO Token has been firmly validated since it got listed on CoinMarketCap and Coingecko. At the time of writing, HPO Token is priced at $0.003062 with a 0.42% increase over the last 24 hours, according to CoinMarketCap.

Now that HPO Token is soon to be listed on Coinstore, the value of HPO Token might still go up after its IEO and Listing.

Watch this space to stay updated!